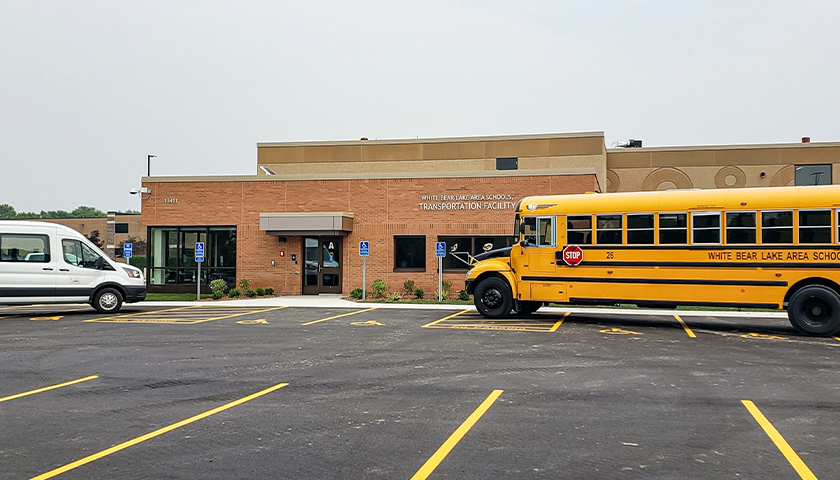 A White Bear Lake middle school will no longer be giving any students an ‘F’ in class. In a video from Sunrise Park Middle School Principal Christina Pierre and Associate Principal Norman Bell, they explained how they will automatically be giving students 50% of their score, whether or not the assignment was even turned in.

Rebekah Bradfield, a parent and candidate for the White Bear Lake School Board, told The Minnesota Sun that she was told that the process is called “equitable grading” and she found out about the grading change from her daughter’s language arts teacher. An email between Bradfield and her daughter’s teacher shows the teacher explaining that the new grading system of giving students an automatic 50% grade on all assignments is allegedly supposed to be more equitable. 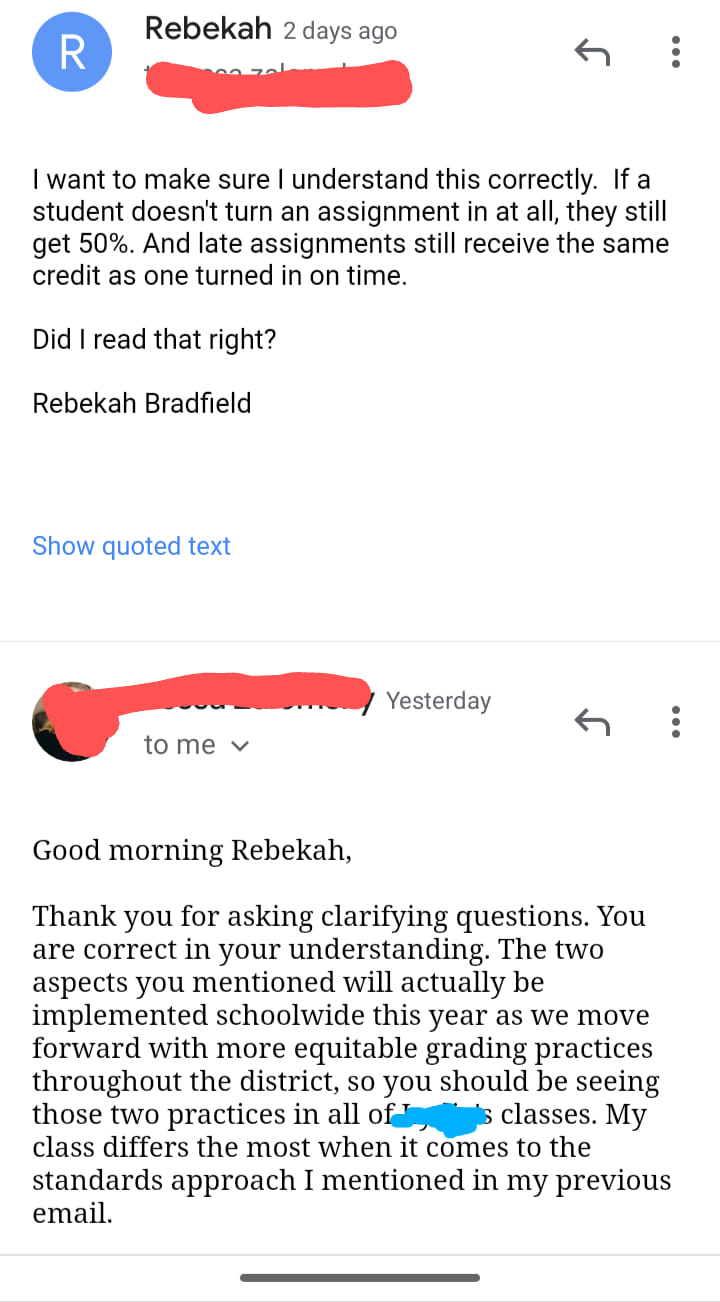 Bradfield said that she knows the equitable grading process is being implemented at Sunrise Park Middle School and she believes it will be utilized at all district middle schools.

While a firm definition of equitable grading or equity grading does not appear to exist, in this case it means that students will be rewarded for not turning in their assignments. An article about White Bear Lake Area Schools Superintendent claims that equitable grading is a way to fight systemic racism.

Bradfield told The Sun, “I believe this will cause a decrease in motivation and work ethic as there is little incentive to do the work. I was already frustrated last year when assignments that received less than 60% showed an ‘I’ for incomplete even if it was turned in.”

According to the White Bear Lake School District website, the equitable grading policy was adopted after an equity audit was conducted.

Dr. Wayne Kazmierczak, the superintendent for White Bear Lake Area Schools (WBLAS), was named Minnesota Superintendent of the Year this year. According to a write-up about his award, “Grading can be one of the largest areas in which systemic racism and inequities are perpetuated. Dr. Kazmierczak and WBLAS believe grades should be a measure of what a student knows and has mastered in a given course.”

Kazmierczak said he believes that grading should not be “a behavior punishment” or how “a student can survive stress at home.” The article goes on to say, “Under Dr. Kazmierczak’s leadership and in line with the district’s strategic plan and commitment to eliminating systemic racism, the district began tackling grading disparities a year ago when they dramatically changed their grading practices.”

The video from Sunrise Park Middle School states that under the new policies, students will also be automatically given ten days to retake or revise exams, quizzes, papers, and projects.

Pierre also explained that they will not be using grades between 0% and 49.49%. Pierre explained how the typical grading process would go, where all grades are averaged to give a final grade to a student. If a student got three grades totaling 80%, 70%, and 0%, the average grade would be 50%, meaning that the student failed overall.