Capitalism or Socialism: Which One Is More Democratic?

What is the difference between free-market capitalism and democratic socialism? And which system is actually more fair and responsive to the needs of the people? Here’s a hint: names can be deceiving. Dinesh D’Souza has the answers.

Dinesh Joseph D’Souza (born April 25, 1961) is an Indian-American far-right political commentator, provocateur, author, filmmaker, and conspiracy theorist. D’Souza has written over a dozen books, several of them New York Times best-sellers.[5][6] In 2012, D’Souza released the documentary film 2016: Obama’s America, an anti-Obama polemic based on his 2010 book The Roots of Obama’s Rage; it earned $33 million, making it the highest-grossing conservative documentary of all time and one of the highest-grossing documentaries of any kind. He has since released four other documentary films: America: Imagine the World Without Her (2014), Hillary’s America (2016), Death of a Nation (2018), and Trump Card (2020). Born in Bombay, D’Souza moved to the United States as an exchange student and graduated from Dartmouth College. He became a naturalized citizen in 1991. From 2010 to 2012, he was president of The King’s College, a Christian school in New York City until he resigned. 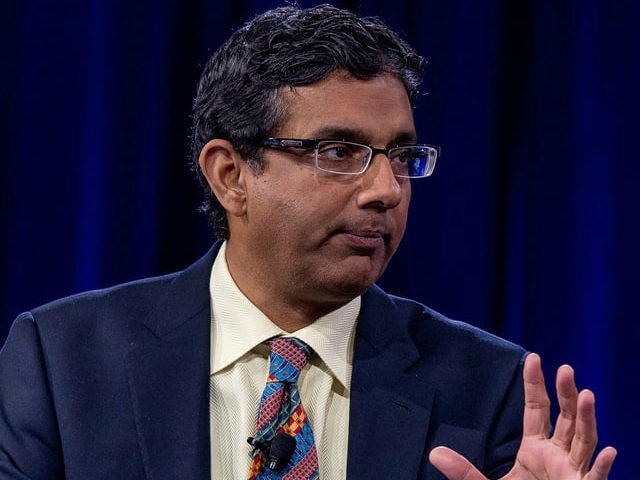