The Future Of Abortion Is In The Hands Of John Roberts

The Future Of Abortion Is In The Hands Of John Roberts 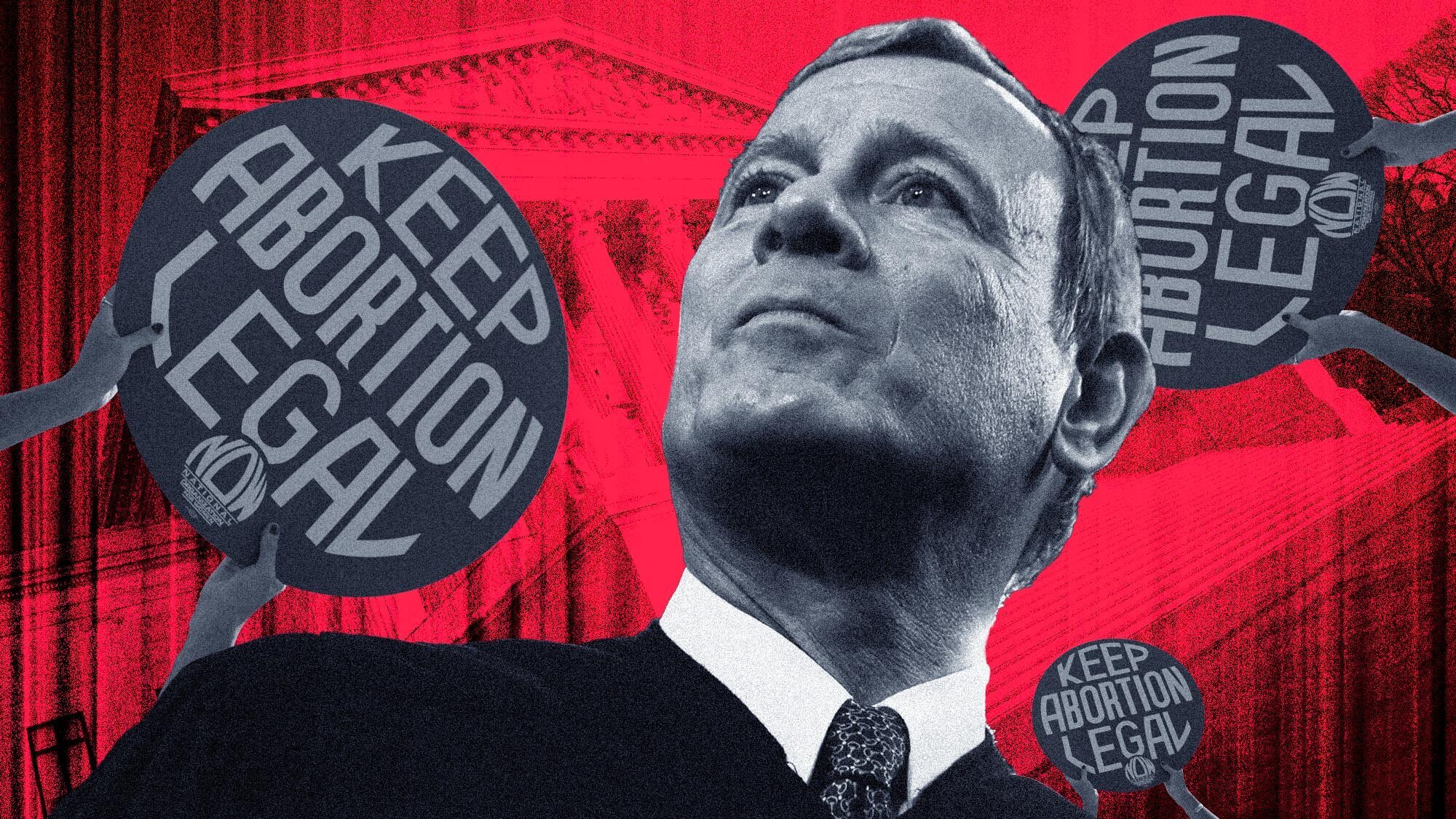 In 2016, Louisiana had six abortion clinics. By 2017, the number had dwindled to three. Soon, there may be only one clinic left to serve nearly 1 million women of reproductive age in the state. Whether or not this happens will likely depend on the outcome of a critical abortion case now with the Supreme Court.

The case centers on a Louisiana law that requires doctors who provide abortions to have “admitting privileges” at a hospital within 30 miles of their clinic, a difficult-to-obtain arrangement that critics say is a sly attempt to wipe out abortion access in the state.

A near-identical law was struck down by the Supreme Court in 2016. But the composition of the bench has moved to the right since. With a 5-4 conservative majority in the Supreme Court, the decision likely rests in Roberts’ hands.

Beyond the specific legal questions that surround this case, at the heart of June Medical Services v. Russo is a referendum on unnecessary abortion laws that purport to help women but actually harm them.

If Louisiana’s law and others like it prevail, for many women across the country, the constitutional right to abortion will exist in name only.

Regulating Abortion Out Of Existence

Since Roe v. Wade, when the Supreme Court recognized the constitutional right to an abortion, state lawmakers have devised novel ways to cut off access to the procedure without banning it outright. One strategy is to require clinics and doctors to comply with an ever-expanding list of regulations, with the goal of essentially red-taping providers out of business.

“Targeted regulation of abortion providers,” or TRAP laws, are passed under the guise of improving women’s health and safety, when in fact they do the opposite, often putting abortion out of reach. Such laws were responsible for the closure of half the clinics in Arizona, Kentucky, Ohio, and Texas between 2011 and 2017, according to the Guttmacher Institute.

States can regulate abortion as long as they don’t impose an “undue burden” on those seeking the procedure, the Supreme Court said in 1992, creating the constitutional test for the legality of abortion restrictions. But the court offered scant guidance on how to apply that legal standard until its 2016 decision in Whole Woman’s Health v. Hellerstedt.

In that ruling, the court wrote that benefits of an abortion law must be balanced against the burdens it creates. If the burdens outweigh the benefits, it must be found unconstitutional. The court struck down the Texas law after finding that the state’s requirement that doctors have admitting privileges served no medical benefit while creating a substantial obstacle to people seeking abortions. (Around half of the state’s abortion clinics closed in the wake of the restrictive law.)

Louisiana’s law, which is now being challenged by an abortion clinic in the state, was expressly modeled on the Texas measure.

At the hearing Wednesday, Liz Murrill, Louisiana’s solicitor general, argued that the state’s law does serve a medical benefit — the same position Texas took in 2016. But the liberal justices pushed back on this assertion forcefully, appearing fatigued by having to relitigate the same issue they did four years ago.

“You’re making it sound like there is no state licensing of these doctors,” Justice Sonia Maria Sotomayor said to Louisiana’s lawyer, sounding exasperated. “They are licensed. They are regulated.”

Justice Elena Kagan directed Murrill to the evidence that Hope Clinic, the plaintiff in the case, had served around 70,000 women over the course of 23 years. During that time, the clinic transferred only four patients to a hospital.

“I mean, I don’t know of a medical procedure where it’s lower than that, of any kind,” Kagan said.

Justice Ruth Bader Ginsburg called the requirement for doctors to have admitting privileges within 30 miles of an abortion clinic “odd,” noting that when women do require hospitalization after an abortion, it’s almost always after they have gone home.

“Most of these abortions don’t have any complications and the patient never gets near a hospital, but if she needs a hospital, it’s certainly not going to be the one near the clinic,” she said.

Leading medical groups agree that admitting privileges are unnecessary, as abortion patients who experience complications can go to any hospital. In a brief filed with the court, the American College of Obstetricians and Gynecologists (ACOG) noted that many hospitals require doctors to admit a certain number of patients each year in order to qualify for admitting privileges. This prerequisite can be difficult for doctors who provide abortions to meet, as the procedure is so safe they rarely need to admit anyone.

Roberts, who dissented in Whole Woman’s Health, used his questions to narrow in on whether the admitting privileges requirement could provide a medical benefit to a woman seeking an abortion anywhere.

“I mean, I understand the idea that the impact might be different in different places, but as far as the benefits of the law, that’s going to be the same in each state, isn’t it?” Roberts asked Murrill.

Julie Rikelman, a lawyer at the Center for Reproductive Rights who argued the case in front of the justices, was encouraged by Roberts’ line of questioning.

“I believe he was asking, can it really be different in Louisiana?” she said. “If the court has already said that the law doesn’t have any benefits and it doesn’t do anything to further women’s health, could that be different in neighboring Louisiana, compared to Texas?”

In her opinion, the answer is no.

Gretchen Borchelt, vice president for reproductive rights at the National Women’s Law Center, said it sounded like Roberts may agree that admitting privileges serves no benefit, regardless of whether it is enacted in Louisiana or Texas or any other state.

In Louisiana, the burden of the law could not be clearer, she added. The evidence shows that the state would be left with only one clinic. “If that’s not a burden, I don’t know what state could ever meet that test,” she said.

The chief justice appeared to be taking the 2016 precedent ― which requires courts to weigh both the burden and benefit of an abortion law ― seriously, said Mary Ziegler, a professor at Florida State University and historian of abortion law.

If Roberts believes that the admitting privileges law creates no benefit anywhere, it would be impossible for him to uphold Louisiana’s law without significantly weakening or overturning the 2016 precedent, she added.

One way Roberts might try to thread the needle is to say that while Louisiana’s law doesn’t provide any benefit to women, it also doesn’t impose an undue burden. He could buy the state’s argument that abortion clinics wouldn’t actually close in Louisiana if doctors only tried harder to obtain admitting requirements. Such a finding would still run contrary to the thrust of Whole Woman’s Health, she added, which leaned on the lack of benefit.

“Part of the problem with that ruling is that it made each case turn on its own facts,” Ziegler said. “That kind of rule could give political cover to a judge who wants to respect precedent while overhauling it substantially.”

In a sense, the jig is up for TRAP laws. Whole Woman’s Health exposed these regulations for what they are: dishonest attempts to restrict abortion. It is now up to Roberts to decide if the court will continue to give them legal cover.

The stakes couldn’t be higher.