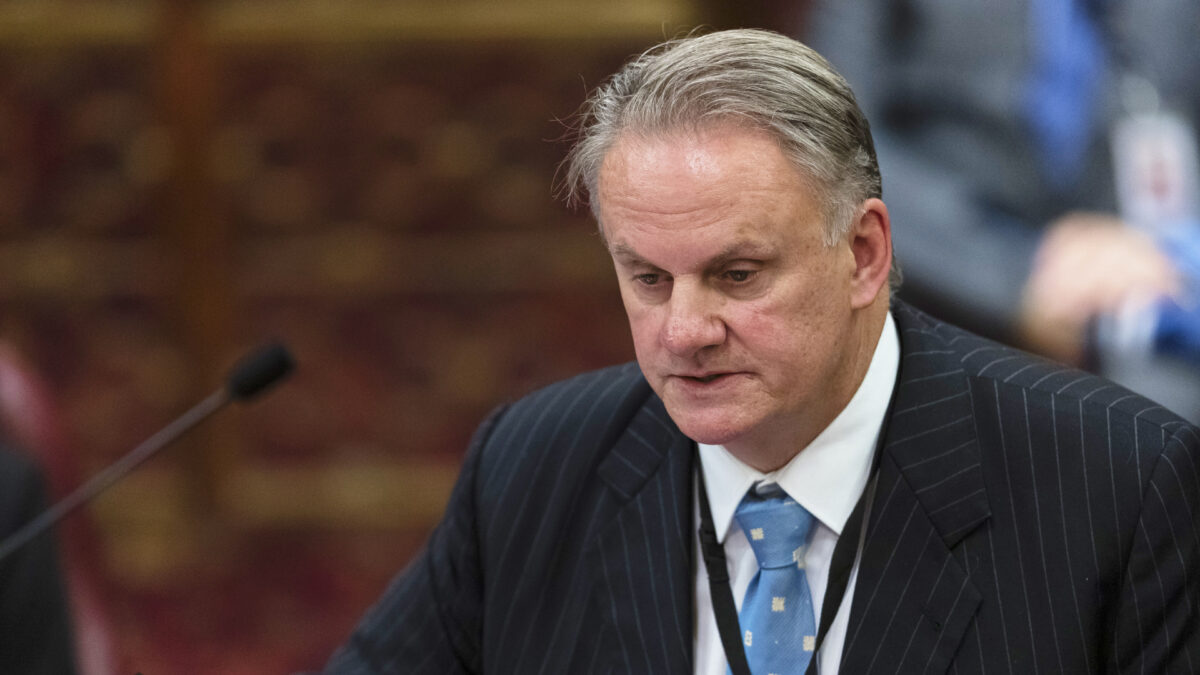 New South Wales One Nation Leader Mark Latham has called out a public school for holding an assembly in solidarity with George Floyd and inviting students to take a knee.

Albion Park High School held a “We Stand” assembly on June 19 with the focus being to shed light on the Black Lives Matter movement.

A student from the organising committee said at the assembly in a speech (pdf):

“We here at Albion Park High wish to show our own solidarity, not just to those in the U.S. who are marching against hate, but our own Indigenous population here in Australia, and in the spark of protests in the U.S., believe that word must be spread of what has happened to them as well.”

“Year 12 committee groups and the Aboriginal leadership team will now be taking a knee. Anyone who would like to join, feel free,” the student concluded.

Recently retired principal of Albion Park High Suzi Clapham said that the assembly has been a shining moment in her career.

“The highlight for me, as the retiring principal of APHS, was the ‘Black Lives Matter’ assembly where all of year 12 students bent the knee in respect of lives lost,” Clapham told media company, Illawarra Mercury, on July 31.

These comments did not please Latham, who aired his complaints to 2GB on August 4.

“The first duty of care a principal has to the students if you are going to be kneeling to an organisation, is that they are credible and respectable,” Latham said.

“The principal only had to spend five minutes going to the Black Lives Matter website to see that this is a self-confessed Neo-Marxist outfit that believes in de-funding the police, attacks the nuclear family, believes in gender fluidity.

Latham said that this kind of politics shouldn’t be happening in schools.

“And it certainly shouldn’t be happening without the consent of parents,” Latham added.

From 2006–2017, the Australian Institute of Criminology (AIC) found (pdf) that 6 percent of the 82 deceased persons shot by police were Indigenous persons and 90 percent were non-Indigenous persons. The race of the remaining people was not recorded.

“This only perpetuates the ongoing carnage and maintains the high rates of Indigenous incarceration,” Price wrote in an article for the Centre for Independent Studies.

From 1989–2012, the AIC reported (pdf) there were 951 Aboriginal victims of homicide, 765 of which were killed by an Indigenous offender.

“The fact remains for Aboriginal Australians, as it does for African-Americans, that far more black lives are taken by other black people than by white people, or by white police,” Price said.

Clapham declined an interview and a spokesperson for the Department of NSW Education said that the Albion Park High assembly was organised by students, not Clapham or other teachers.

“Violence or racism in any form is not accepted at NSW public schools. It is important that schools are mindful of the controversial issues policy at all times,” the spokesperson said in an emailed statement.