A mum is 'fuming' over her 11-year-old daughter's school work which asked children to define hardcore pornography - among other 'inappropriate' topics.

Children in Years 7, 8 and 9 at Archbishop Sentamu Academy in Hull were set the work in their Personal, Social and Health Education (PSHE) class as part of their home learning.

They were also asked questions about alcohol, drugs and smoking.

Following complaints from parents, the academy has now apologised for any offence caused.

The mother, who wished only to be referred to by her surname, Mrs Taylor, from east Hull said if her daughter had searched these phrases online in order to define them, the results would have 'destroyed her mind' and 'scarred her for life'. 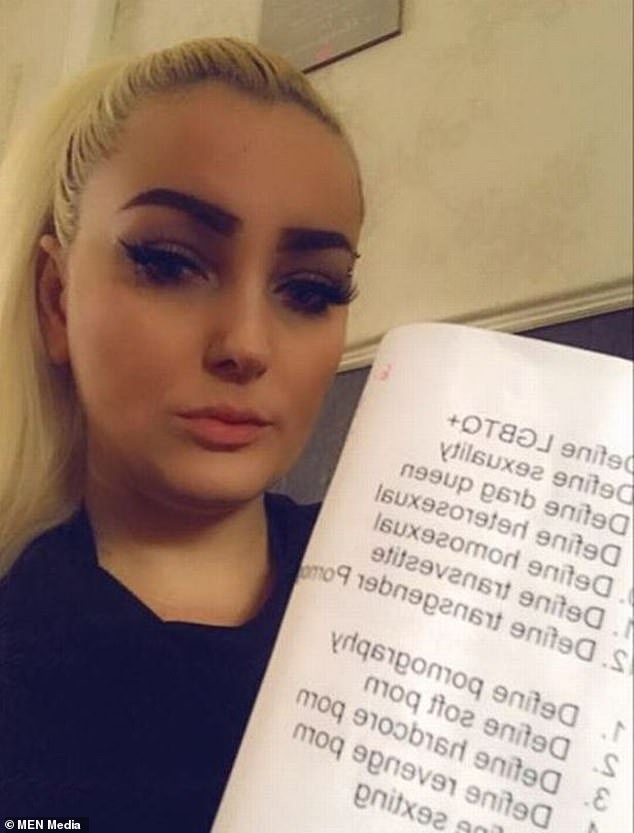 Mrs Taylor, 34, was left furious after discovering what her 11-year-old daughter had been sent as homework questions for a Personal, Social and Health Education (PSHE) class

Luckily the mum of children aged seven, 11 and 16 was warned about the work in a Facebook post by another parent before her daughter began working on it.

The 34-year-old said: 'My daughter is still very much a child, we've still got magic elves, her bedroom is done in My Little Pony. She is very innocent and naive.

'She was only in primary school last year living her best life, now she is being asked to search for hardcore pornography.

'She's 11, she should be doing stranger danger, and don't share your info online, but genital mutilation is another thing. It was asking about male circumcision, breast ironing...I don't even know what that is myself. 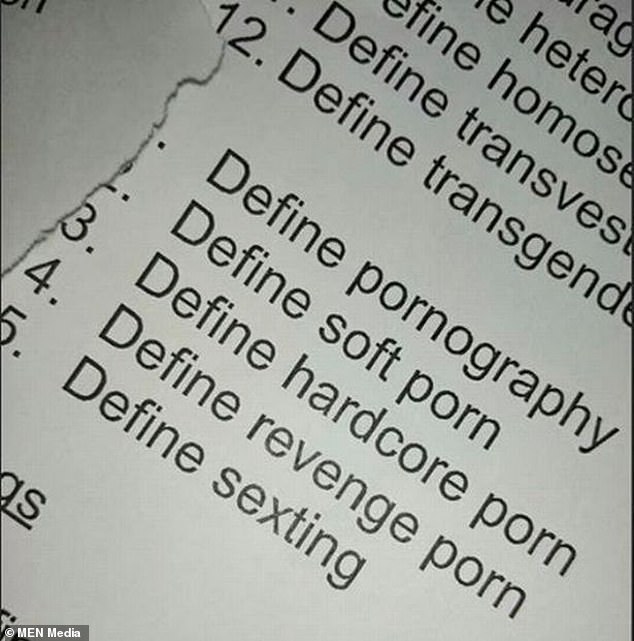 'I'm just thinking is there kids out there who have done this work? You would be scared at what you saw. At 11 I was playing with Barbies. If they have seen it they can't unsee it.

'Now it's making me think what they are learning about at school that we don't know about. We only know about this because they're home learning.'

Mrs Taylor said she dreads to think what would have happened if her daughter had searched the terms online and seen the results.

'I don't think she would have coped well with it if she had seen it.

'If that was me as a kid and I did that, I'd do it and I'd think id done something wrong and I wouldn't know how to tell my mam what I'd seen.'

She said: I'm not one of these parents who will say I don't want you to do sex education as some is good for the kids, there are some things that they need to know, but not things that would destroy her mind.

'I got in touch with the school. I had a few choice words, I was fuming and I said point blank she is not doing it, she wants to be out the lesson. I am disgusted with it.

'They're a very religious school as well, so how can they say they are a religious school but condone writing something like this in the book? I can't get my head around it. I don't get the benefit from it, apart from scaring the kids.

'I know there will be other parents out there saying they need awareness but an 11-year-old should not know about it, they do not need to know about it. 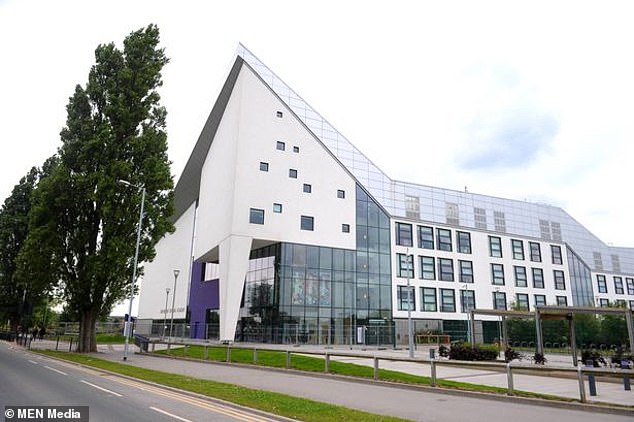 The task was set for children in Years 7, 8 and 9 at Archbishop Sentamu Academy in east Hull

Other parents and carers said they felt the same and were equally 'disgusted'.

Leon Dagon, 25 saw the work when he was sorting out his 13-year-old sister's work for her. He took to Facebook to warn other parents.

He said: 'When I first opened it I thought, 'Wow, this cannot be a 13-year-old's home work'. What kind of teacher would set that?

'Luckily I found the work otherwise she would have typed this stuff into Google and you know what would have come up and that makes me feel sick. I felt sick thinking she was going to go onto the computer to search it up.

'I've taken the work out, this is not happening on my watch.

'I'm appalled. I get sex education is vital in anyone's life but when there's raw topics like this it's something else.'

The academy has apologised to parents and said students were not expected to search those terms online.

Academy principal Chay Bell said: 'I am genuinely sorry if parents or students have unnecessarily researched any of these phrases and for any offence caused.

'I have asked that any future materials of this nature have a clear statement ensuring students and their parents are aware of any potentially sensitive content and will ensure all materials are fully age appropriate.

'The PSHE materials that we share with students are produced in line with government guidance, the PSHE Association Programmes of Study and the Sex Education Forum's definition of Sex Education. They also cover the Equality Act of 2010.

'Students were not directed to research these topics themselves on the internet because all the answers to the questions students posed were contained in the teacher-produced materials we shared.

'Again, I am genuinely sorry for any upset caused at this difficult time.'