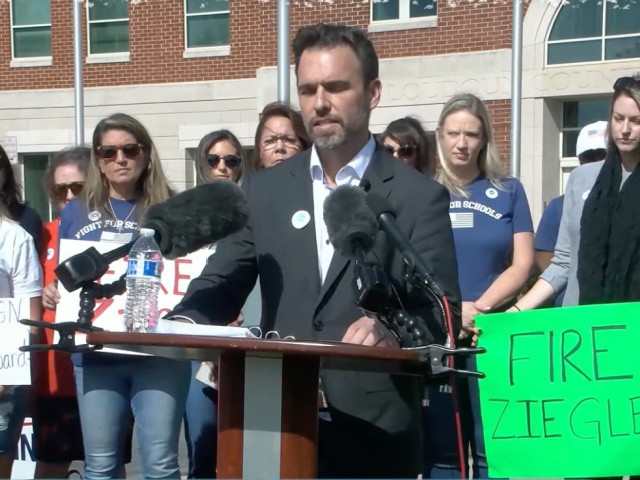 “Some of the companies out there that are pushing this [Critical Race Theory] stuff in schools are making a ton of money,” Prior stated.

The Loudoun County School Board (LCSB), Prior said, spent at least $500,000 for a report on “systemic racism” within itself. He contrasted the LCSB’s expenditure on left-wing political expenditure with its disinterest in investigating allegations of sexual assault against a boy accused of molesting and raping a ninth grade girl.

Some parents are calling for the Loudoun County Public Schools superintendent’s job after a teenage boy charged with sexual assault at one school was allowed to transfer to another school, where he was later charged in a second sexual assault.

The first attack was reported inside Stone Bridge High School in late May, where a ninth-grade girl says a boy forcibly sodomized her inside a bathroom.

Prior remarked, “On the sexual abuse stuff, if we want to get to the bottom of it, we need to have an independent firm do an independent investigation into what broke down and how to fix it, and then put out a public report  compare it to the fact that, hey, you guys at Loudoun County public schools paid the Equity Collective at least $500,000 in one year to do a report on systemic racism in Loudoun County public schools from a firm that is fully based in Critical Race Theory — $500,000 for this report — so the least they can do is do one to actually help guarantee student safety.”

The Equity Collective describes itself as an organization pursuing “the dismantling of inequitable social structures.” Its website list pronouns for its staffers following their names and profiles.

Prior noted that teachers opposed to the imposition of Critical Race Theory upon children are fearful to express their views.

He said, “We run into lots of teachers that say, I am with you 100 percent, but I’m afraid to sign [your petitions] because of repercussions. I would say well over 150 times we’ve gotten that response. I think that there is a silent majority of teachers there that do support what we’re doing. It’s just difficult for them to come out because it’s their livelihood at stake.”

“We hear from teachers all the time,” he added. “They’re the ones that have to teach some of the stuff that they’re being trained on with the Critical Race Theory concepts and the overly sexualized materials that are in the libraries or in the classrooms. Teachers just aren’t for that.”