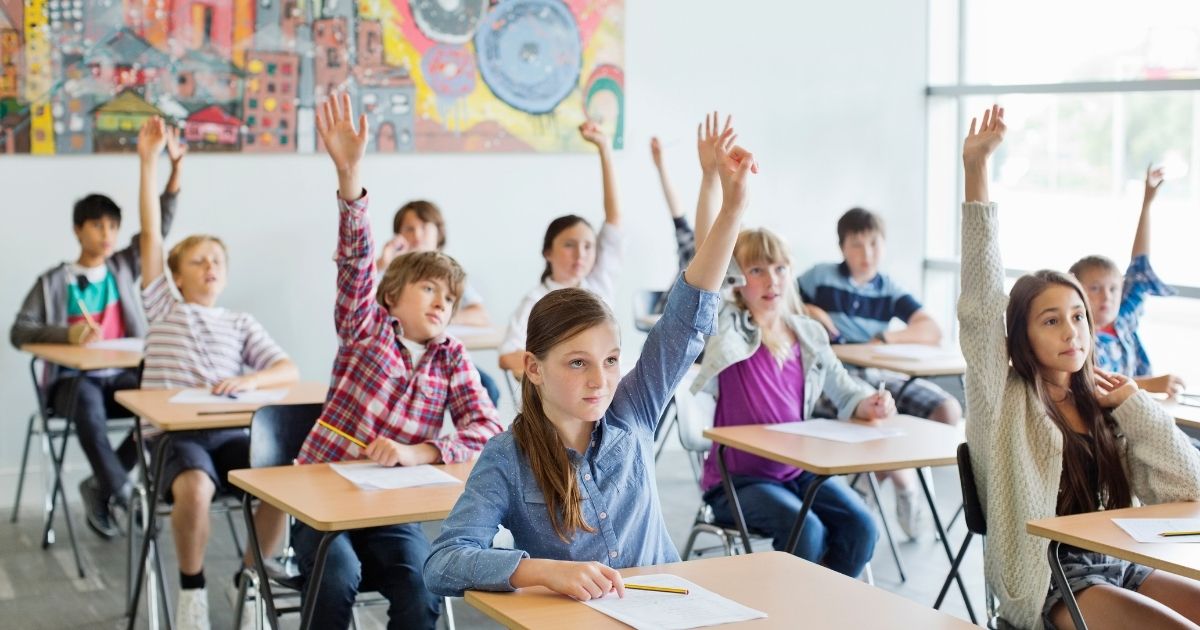 A Minnesota middle school will no longer give students “F’s” in an attempt to address “systemic racism” after conducting an “equity audit.”

Sunrise Park Middle School announced a new grading scale for the 2021-2022 school year that that does not include anything under 50 percent or any “F’s,” according to a video posted to YouTube.

“Our whole intent is to ensure that grades focus on the process of learning,” Principal Christina Pierre said in the video.

Grades would also “not include behaviors, attitude, tardiness to class, turning in on time/late, neatness, extra credit, etc.,” a slide in Pierre’s presentation read.

Students will also be able to retake or revise tests, quizzes, papers and projects within 10 days of when the grade is posted, according to Norman Bell, associate principal at SPMS.

After Deputy Stops to Help Her, 96-Year-Old Woman Demands to Speak with His Supervisor

If half credit is on a student’s grade report, the assignment is probably missing.

It is not clear whether the SPMS’s new grading scale will apply to the other middle school in the district, Fox News reported.

The district’s superintendent, Dr. Wayne Kazmierczak was named Minnesota Superintendent of the Year, according to the SPMS website.

Will this action harm students?

Kazmierczak “led the development of an equity commitment statement and adopted a four-way equity decision making protocol to guide the district’s work,” during the 2018-2019 school year, the site says.

After the death of George Floyd, the district conducted an “equity audit … to develop and implement both meaningful and actionable equity strategies for the district,” according to the announcement.

“Grading can be one of the largest areas in which systemic racism and inequities are perpetuated,” the audit concluded.

“Dr. Kazmierczak and WBLAS believe grades should be a measure of what a student knows and has mastered in a given course,” the announcement added.

Pierre and Bell did not immediately respond to the Daily Caller News Foundation’s request for comment.

Biden’s Education Secretary Cites Study to Enforce Masking Students, But Author of the Paper Steps In and Takes Him to School

Content created by the Daily Caller News Foundation is available without charge to any eligible news publisher that can provide a large audience.

A version of this article appeared on the Daily Caller News Foundation website.