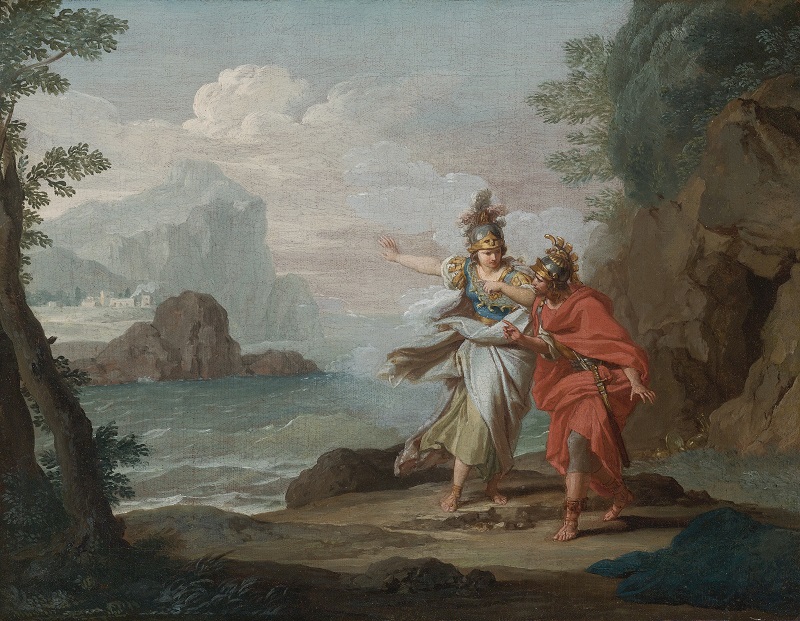 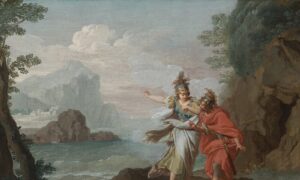 According to an article by Meghan Cox Gurdon in The Wall Street Journal, Levine is in the pedagogical vanguard, so “woke” that she recently bragged to a colleague: “Very proud to say we got the Odyssey removed from the curriculum this year!”

That would be Homer’s “Odyssey,” one of the literary bedrocks of Western culture, a staple in classrooms since before the time of Plato.

Nor is Levine alone. She is part of a movement, epitomized by the hashtag #DisruptTexts, whose goal is to cancel classic texts from Homer and Shakespeare down to the present day and replace them with “young adult” books that mirror the pieties and attitudes of woke commissars of correctitude.

Quoth another standard bearer of this campaign extolling ignorance: “Absolving Shakespeare of responsibility by mentioning that he lived at a time when hate-ridden sentiments prevailed, risks sending a subliminal message that academic excellence outweighs hateful rhetoric.”

Yet another soldier in this cloud of unknowing pointed out that many classics were written more than 70 years ago—imagine that!—the bad old days before supreme enlightenment took place and produced, well, us!

“Think of U.S. society before then,” she wailed. “THAT is what is in those books.”

Wouldn’t that be the United States that won the Revolutionary War, mastered a continent, fought the Civil War and freed the slaves, created the most dynamic economy in the world, giving its citizens, and much of the rest of the world, the highest standard of living in history?

Yes, we’re talking about the country that defeated the militarism of the Kaiser, the tyranny of Hitler, and the totalitarianism of Stalin. THAT country.

These new wardens of wokeness didn’t spring forth fully formed, like the goddess Athena from the head of Zeus (an allusion their pedagogy would guarantee no student would recognize). No, they are the painstaking product of that long march through the institutions of our culture that began in the 1960s.

When Susan Sontag, in the mid-1960s, championed the “new sensibility” she saw erupting across American society, she rightly observed that its representatives “have broken, whether they know it or not, with the Matthew Arnold notion of culture, finding it historically and humanly obsolescent.”

What exactly is the “Matthew Arnold notion of culture” that Sontag and her cadre of hip intellectuals rejected as outmoded and irrelevant?

For one thing, it is culture understood as a repository of mankind’s noblest spiritual and intellectual aspirations: “the best,” in Arnold’s famous phrase, “that has been thought and said in the world.”

But, of course, those determined to ban Homer, Dante, Shakespeare, Milton, and their spiritual brethren are determined also to deny our civilization precisely of that “best.”

The “Matthew Arnold notion of culture” is a hierarchical idea of culture—a vision of culture as a “sacred order” whose majesty depends on its relevance to our deepest cares and concerns.

A second feature of the “Matthew Arnold notion of culture” is its independence—what Arnold summed up in the term “disinterestedness.”

Criticism achieves disinterestedness, Arnold said, “by keeping aloof from what is called ‘the practical view of things’; by resolutely following the law of its own nature, which is to be a free play of the mind on all subjects which it touches. By steadily refusing to lend itself to any of those ulterior, political, practical considerations about ideas.”

Understood in one way, Arnold’s ideal of disinterestedness—with its emphasis on “a free play of the mind on all subjects”—might seem to be a prescription for moral quietism or frivolous aestheticism.

What rescues it from that fundamental unseriousness is Arnold’s unwavering commitment to truth and honesty.

The business of criticism, he said, is to know and propagate the best, to “create a current of true and fresh ideas,” and “to do this with inflexible honesty.”

It tells us a great deal about the state of culture that Arnold’s demanding ideal of disinterestedness isn’t merely neglected but actively repudiated by many influential academics and intellectuals today.

You can be woke and politically correct, or you can cultivate disinterestedness. You cannot do both.

A third feature of the “Matthew Arnold notion of culture” is its immediacy, its emphasis not on virtual but on first-hand experience.

“Here,” Arnold noted, “the great safeguard is never to let oneself become abstract, always to retain an intimate and lively consciousness of the truth of what one is saying, and, the moment this fails us, to be sure that something is wrong.”

The “Matthew Arnold notion of culture,” then, comes armed with a sixth sense against the seductions of the spurious, the attractions of the ersatz.

Many elements in our educational establishment have, whether they know it or not, embraced Sontag’s attack on the “Matthew Arnold notion of culture” and pushed it to absurdity.

Even Sontag, enemy of the West and especially of America though she was, thought it was a good idea to know something about the past.

These new would-be-totalitarians have gone beyond all that. Theirs is a culture where history is bunk and the only aid to enlightenment a student needs is a mirror to reflect the vapid marvelousness of his empty mind.

As Gurdon noted in her WSJ column, “If there is harm in classic literature, it comes from not teaching it.”

Students might think they are getting off easy by reading ephemeral trash instead of challenging works from the classical pantheon. In fact, they have been cheated.

“Compared with their better-educated peers,” Gurdon sagely observes, “they will suffer a poverty of language and cultural reference. Worse, they won’t even know it.”

Roger Kimball is the editor and publisher of The New Criterion and publisher of Encounter Books. His most recent book is “Who Rules? Sovereignty, Nationalism, and the Fate of Freedom in the 21st Century.”