Mail-in Voting: Easier, or a Recipe for Widespread Fraud?

Mail-in Voting: Easier, or a Recipe for Widespread Fraud? 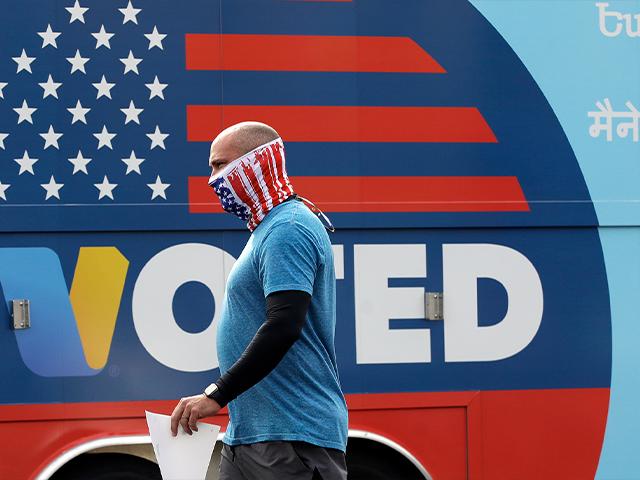 As activists push for voting by mail in this era of lockdowns, President Trump says mail-in ballots are very dangerous because of fraud and illegality. While some say it’s just a way of making voting easier, critics warn it could open the door to some dangerous practices.

There’s an old saying in politics: ‘Never let a crisis go to waste’.  Some critics believe that’s behind the push to transform the way Americans vote.

Eric Eggers is the research director for the Government Accountability Institute and author of, ‘Fraud: How the Left Plans to Steal the Next Election.’

“It’s very interesting how the Democrats have been trying to use this global pandemic and unprecedented crisis in our country’s history as an opportunity to reshape our election laws,” he said.

California recently joined five other states mandating that their elections be conducted entirely by mail. Gov. Gavin Newsom recently signed an executive order requiring ballots be sent to all registered Golden State voters prior to the general election.

“There’s a lot of concern and anxiety around this November’s election in terms of making sure that you can conduct yourself in a safe way and to make sure your health is protected,” he insisted.

In Texas, the Austin City Council passed a resolution urging Gov. Greg Abbott and the secretary of state to implement vote-by-mail to “protect the voting rights… and public health” of all Texas voters.

“Texans who are concerned about their health, about standing in long lines, you need to talk to their legislators,” said Bruce Elfant, Travis County, Texas Voter Registrar.

This week, the Fifth Circuit Court of Appeals in New Orleans blocked a San Antonio judge’s ruling requiring that the state grant 16-million registered Texas voters the option to vote by mail during the COVID-19 pandemic.

“I think that mail-in voting is a terrible thing. I think if you vote, you should go – and even the concept of early voting is not the greatest because a lot of things happen,” the president insisted.

One of those ‘things’ is potential voter fraud.

Eggers said it’s fair to assume that many illegal immigrants will receive mail-in ballots, especially in California. And he said ballot harvesting is a main concern. That’s where states allow a third party to help the elderly or those shut-in to fill out and mail their ballots.

“You wouldn’t just hand your wallet and say take this to the bank for me, but the Democrats are now asking people to trust their ballots to these political operatives,” he explained.

Election-related court battles are underway in at least 13 states and election officials are still awaiting word on federal funds to expand the election process. That’s money needed as deadlines approach for printing ballots and envelopes.

“There is no evidence that requiring voter ID has infringed or diminished the productivity of minority voters – in fact, many states including Georgia saw increases in minority voting after implementing voter ID,” Eggers insisted.

For now, the big push is on to repeal voter ID laws and to vote entirely by mail. Up next? Voting by smartphone. Definitely it would be convenient, but Eggers and others say that method could potentially create more fraud because it would be hard to determine who is actually using the phone to cast the ballot – the owner of the phone, or someone else?