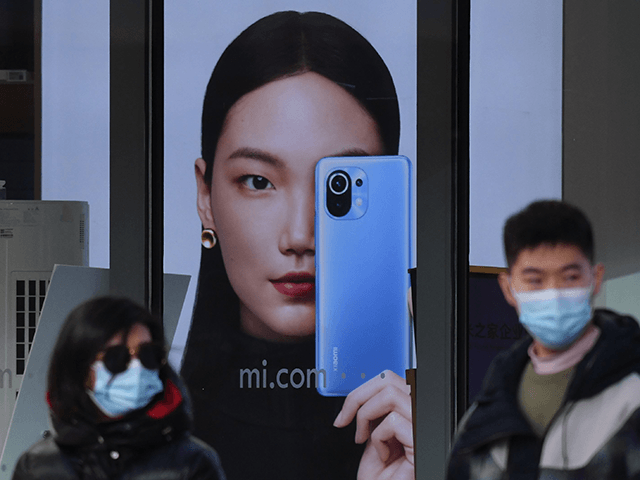 The Lithuanian Ministry of Defense released a report this week that found a popular smartphone made by China’s Xiaomi corporation will automatically censor search terms disliked by the Chinese Communist Party, including phrases such as “Long live Taiwan’s independence,” “Free Tibet,” and “Democratic movement.”

“It is very, very worrying that there is a built-in censorship tool and of keywords, which filters or could filter your search on the web,” Lithuanian Vice Defense Minister Margiris Abukevicius told Voice of America (VOA), which noted “Voice of America” is another phrase auto-blocked by the Xiaomi Mi 10T 5G smartphone.

“We clearly saw that all of those keywords are politically motivated. Terms such as Tibet, Taiwan, democracy, U.S., and some companies like yours, are mentioned in that list. And they are adding [words] not only in Chinese, they are also adding words in Latin [script],” Abukevicius told VOA.

The Defense Ministry said the auto-censorship tools appear to be disabled by default when shipped to European Union customers, but could be activated remotely at any time.

Lithuanian testers also found Xiaomi’s phone had “data security risks,” including “statistical data on the activity of certain applications installed on the device” being surreptitiously compiled and sent to Chinese cloud servers.

The investigators said their test phone sent an encrypted SMS text message to Xiaomi servers every time the user accessed Xiaomi’s cloud storage service. This message was deliberately hidden from the user.

“Investigators were unable to read the contents of this encrypted message, so we can’t tell you what information the device sent,” said report co-author Dr. Tautvydas Baksys.

Xiaomi phones are currently the biggest sellers in Europe, having overtaken Apple and Samsung this year. Consumers found Xiaomi phones, like the flagship Mi line, offered comparable features to the top iPhone and Samsung Galaxy models for hundreds of dollars less.

“My biggest takeaway from the Mi 11 is that Samsung is lucky Xiaomi doesn’t sell phones in the U.S.,” one reviewer said after looking at the same product line Lithuania warns is auto-censoring search terms to enforce Chinese speech codes.

The Lithuanian Defense Ministry also tested the Huawei P40 5G and OnePlus 8T 5G phones from Chinese manufacturers. It found the Huawei phone collecting user data from European users and storing it on servers “outside the European Union, beyond the jurisdiction of the EU’s strict data laws.” Malware was also discovered in apps available for download from the Huawei store.

The OnePlus phone was not diagnosed with any security issues in the Lithuanian report.

“Our recommendation is to not buy new Chinese phones, and to get rid of those already purchased as fast as reasonably possible,” Abukevicius told reporters when presenting the report.

TechRadar called this advice “hyperbolic,” since no smoking-gun data security breaches were identified in the report, and only the Xiaomi phone was found to have “software features that could be understood as intentional malice.”

“Unless you’re talking about topics the Chinese government wouldn’t be happy about, including Taiwan or Tibet independence, this shouldn’t affect you either. And if you are affected, simply changing the search term or deliberately misspelling words could be ways to get around the issue,” TechRadar advised Xiaomi users who find the automatic censorship tool in the phones has become active.