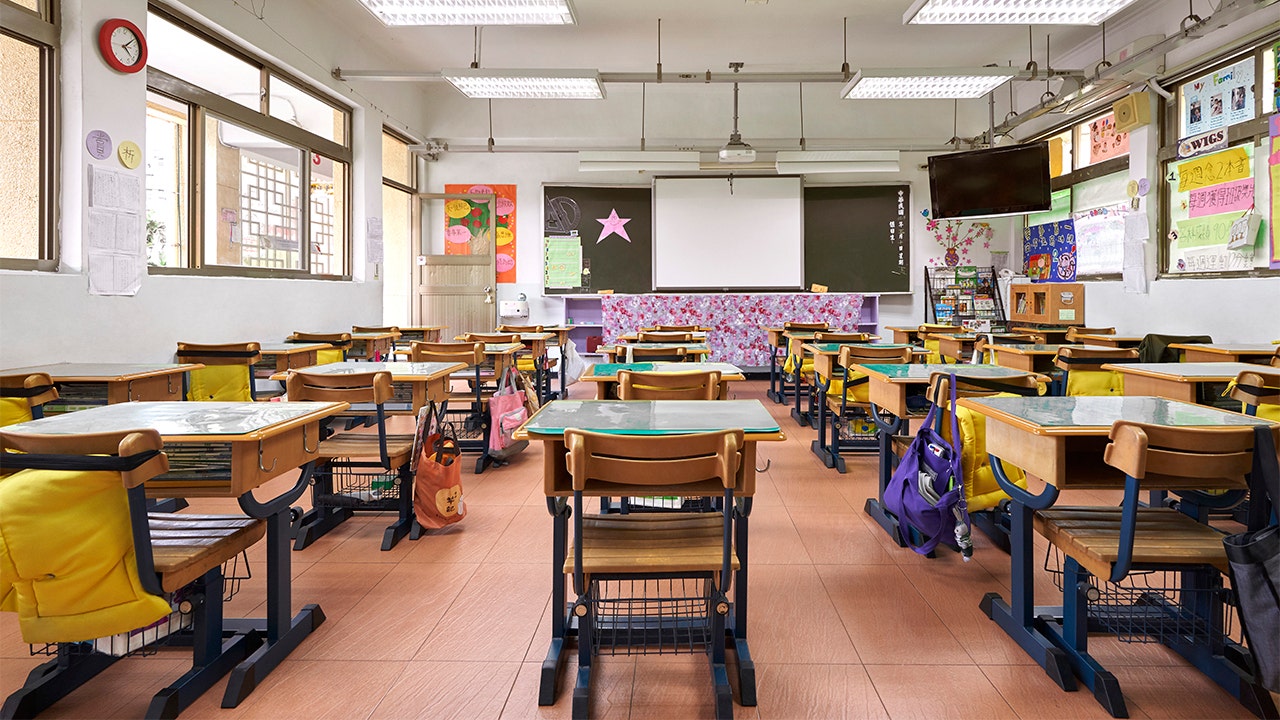 Two Los Angeles elementary schools expected to resume on-campus learning later this month have notified parents that the school day will only be three hours and transportation to childcare will not be provided, Fox News has learned.

Interior of classroom in an elementary school.
(iStock)

The emails came in response to parents’ completion of a Los Angles Unified School District "Return to Campus" survey. Either school said a high number of students will be returning to campus for in-person instruction and a high percentage of parents have requested childcare.

Both Canyon and Westwood said in emails seen by Fox News that because of a high number of returning students, coupled with social distancing constraints and limited outdoor space, the schools will not be able to accommodate childcare on their campuses.

"A variety of options were considered and it has been determined that childcare for Westwood will be provided at Emerson Middle School," the emails said.

Students wear face masks and sit socially distanced apart in their first grade classroom during the first day of partial in-person instruction at an elementary school in California.
(San Francisco Chronicle via AP)

The schools said that the middle school option will provide a "safe space for students" but it does not include transportation between their campus and childcare.

"Parents will be responsible for transporting their child(ren) both to and from the childcare location, including mid-day transition between cohorts," the schools said.

Natalie Altman, a parent at Westwood, told Fox News that parents were under the impression their kids would have a set schedule for in-person learning when schools were planning to reopen.

"We were under the impression and promised a child care option on campus," Altman said. "They’re basically making it impossible for parents to return to their jobs. Especially when their jobs don’t allow them to work remotely."

Altman, who is a healthcare professional, said she opted to stay home because child care was not an option for her.

"It just makes me upset and not so hopeful anymore," Altman said of Westwood’s child care arrangement.

CALIFORNIA SCHOOL DISTRICT AT AN IMPASSE WITH UNION OVER ITS DEMANDS, INCLUDING 4 CHILD CARE CENTERS

The schools told parents that if their requests for childcare exceeds capacity, "a lottery may be necessary." The new hybrid system for both schools is scheduled to begin on April 19.

Copies of both emails were posted online by "Reopen California Schools," an online group founded by Jonathan Zachreson.

Late last month, the group posted a petition to mandate that California opens its schools full-time. The petition slams school boards across the state for voting on plans to bring back students for only four to eight hours a week.

"Covid-19 cases are at exceptional lows with almost all counties out of the purple tier," the petition reads. "The CDC and CDPH now state with universal masking, students can safely be in the classroom 3 ft. apart. This updated guidance, coupled with low case rates, allows every school in California to reopen."

Fox News reached out to the principals of both Canyon and Westwood seeking their side of the story but did not hear back before publication. LAUSD declined to comment.