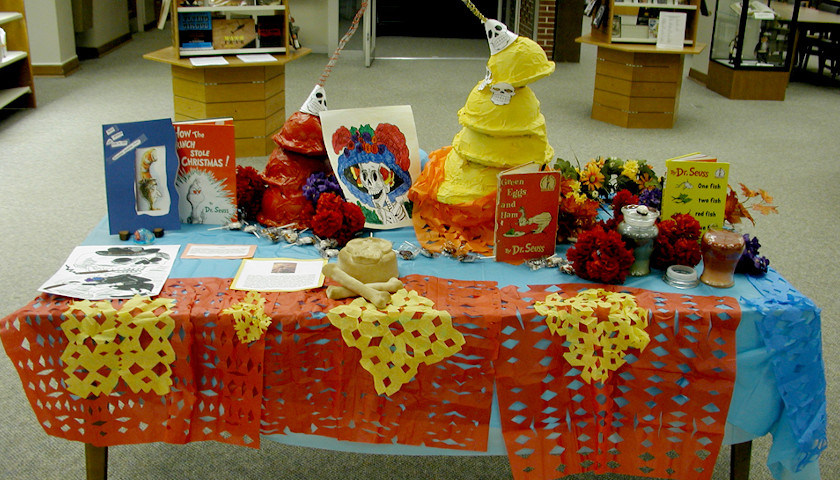 Following the announcement that six books by the world-renowned children’s author Dr. Seuss would be banned due to alleged “racist imagery,” sales of the author’s books have soared on various online retailers, even as other Big Tech companies attempt to further suppress such sales, as reported by Fox News.

On the websites of both Amazon and Barnes & Noble, Dr. Seuss books took 9 of the top 10 spots on both sites’ list of bestsellers as of Thursday. Books on the list include some of his most famous works which have not yet been targeted for cancellation, including “The Cat in the Hat” and “Green Eggs and Ham,” which were completely out of stock on Amazon and fetching extremely high prices on Barnes & Noble.

The spike in sales came after Dr. Seuss Enterprises, the company behind the books, announced that it would be cancelling future copies of six books in particular: “If I Ran the Zoo,” “McElligot’s Pool,” “On Beyond Zebra!”, “Scrambled Eggs Super!”, “The Cat’s Quizzer,” and Seuss’s very first book, “And to Think That I Saw It on Mulberry Street.”

The company baselessly claimed that “these books portray people in ways that are hurtful and wrong,” in a statement that was released on March 2nd, which is Dr. Seuss’s birthday. The statement further said that “ceasing sales of these books is only part of our commitment and our broader plan to ensure Dr. Seuss Enterprise’ catalog represents and supports all communities and families.”

In response to re-sales of the books on various platforms, online auction site eBay has taken steps to ban any transactions involving the six books in question, according to the New York Post. A spokesperson for the company confirmed in a statement that “eBay is currently sweeping our marketplace to remove these items,” after copies of the books had been selling for hundreds and thousands of dollars.

Among those that still remained available on the site, yet to be purged, were a rare first-edition copy of “McElligot’s Pool,” which was listed for $1,250.

Buyers and sellers alike were livid at eBay’s decision to further shut down transactions involving the books. One such dealer, going by the online alias Chizad, pointed out that while these books are being censored, eBay still allows the sale of similarly outdated books with alleged “stereotyping” of minorities such as The Adventures of Huckleberry Finn. Another social media user even pointed out that one can still buy copies of Adolf Hitler’s Mein Kampf on the website.