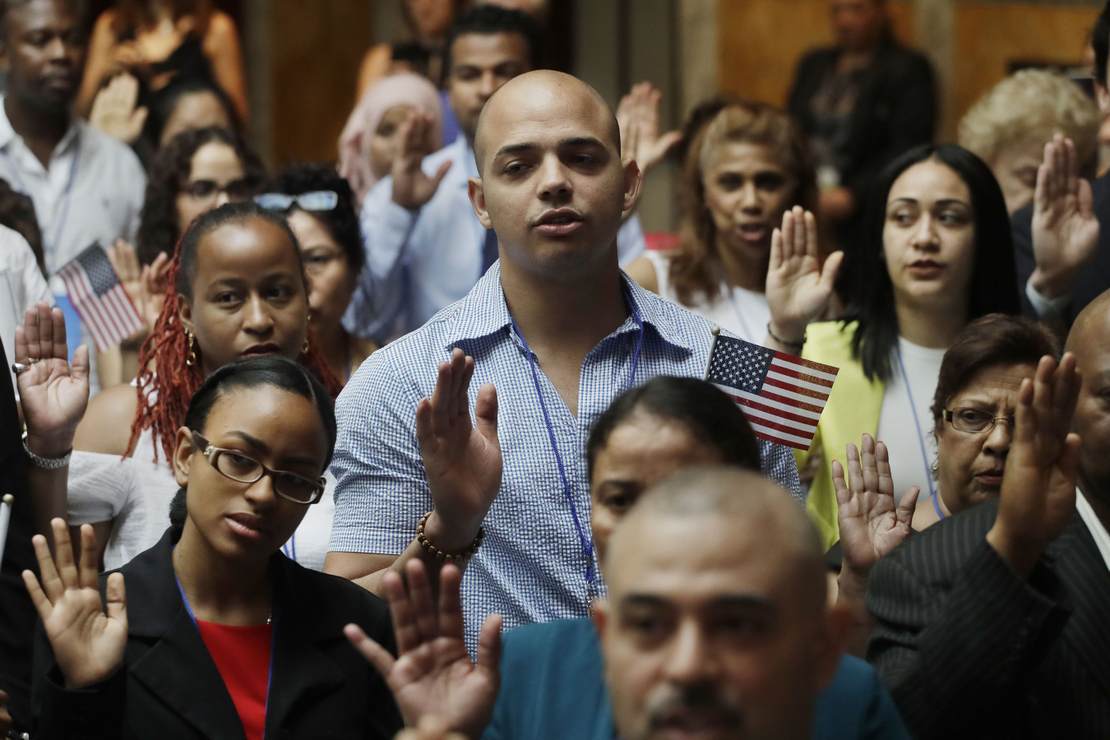 According to the Washington Times, the US citizenship exam has been modified and not for the better:

The new citizenship test, which immigrants began to use this month, no longer includes a question dealing specifically with the right to religious freedom, one of the Constitution’s defining liberties.

It’s a startling move for the Trump administration, which has overall been a vigorous advocate of religious freedom across the government, said Alfonso Aguilar, who ran the Office of Citizenship in the Bush administration and oversaw the last rewrite of the test in 2008.

This is kind of hard to believe. President Trump is the first president since Reagan to show even a modicum of interest in either protecting US borders or speaking to the American experiment of representative democracy within a pluralistic society. His repudiation of the odious and false 1619 Project and rejection of critical race theory indoctrination within the US government were a huge step forward in erasing the deliberate damage done to our society by a wide array of hucksters and charlatans in academia and journalism.

US Citizenship and Immigration Services, the Homeland Security agency that oversees the citizenship program, says there is nothing to see here, but there is.

The flashpoint in our society right now is the First Amendment. The ability to practice religion and to live your faith in society is under direct attack by state governments using the “pandemic” as a stalking horse. Free speech is under constant assault everywhere. On college campuses, certain points of view are effectively illegal. The idea of carrying out physical assaults on people expressing a viewpoint that is not considered acceptable is widely condoned and encouraged on the left. Mobs of winged monkeys go after advertisers on websites that express opinions that differ from the leftwing mantra. The tech mega-giants cheerfully silence dissenting voices. If anything should be required of people coming to America from societies with little-to-no understanding of either of these principles, it should be the core values of our Nation as expressed in the First Amendment.

One really wonders what was going through the minds of the people developing this test. Do they not understand the major issues in our own society? Do they think immigrants are not capable of embracing the freedom of religion or freedom of speech, and so testing them on those subjects would be unfair? Or are they simply going along with the current of leftwing thought and attempting to memory-hole parts of our society that they see as an impediment to changing us into what they want us to be?