China Is Using Wokeism to Erode US Democracy, Author Says

China Is Using Wokeism to Erode US Democracy, Author Says 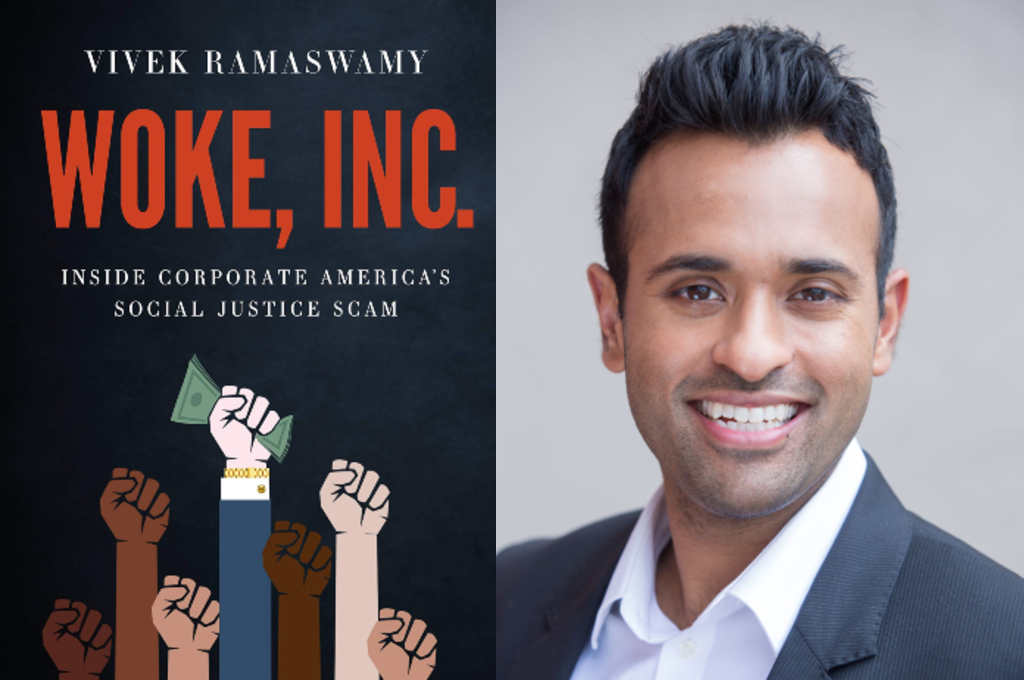 The communist regime in China is using “wokeism” as a geopolitical tool to undermine U.S. democracy, according to Vivek Ramaswamy, author of “Woke, Inc.: Inside Corporate America’s Social Justice Scam.”

“They [China] are using that to divide us, to use that as a kink in our armor to divide us from within, by getting corporations to criticize injustice here, without saying a peep about injustice over there and deflecting accountability for their human rights abuses,” Ramaswamy said in a recent interview with EpochTV’s “American Thought Leaders.”

He said U.S. companies that criticize social issues in the United States, but remain silent on China’s human rights abuses, such as those in Xinjiang—including the NBA and Disney—are empowering communist China.

In 2020, Disney drew heavy criticism when it was revealed that it filmed a live-action remake of “Mulan” in China’s far-western region of Xinjiang, where Beijing has locked imprisoned than 1 million Uyghurs and other Muslim minorities in internment camps. Several governments, including the United States, have characterized China’s oppression in Xinjiang as “genocide.”

The NBA was in hot water in 2019, after Houston Rockets then-general manager Daryl Morey voiced support for Hong Kong pro-democracy protesters in a Twitter post. The Chinese regime, which cast the protesters as “rioters,” suspended airing NBA games in retaliation, while Chinese companies cut ties with the league.

In an apologetic statement, the NBA said Morey’s Twitter post was “regrettable” and “deeply offended many of our friends and fans in China.” However, the league didn’t bow to Chinese pressure to discipline or fire Morey.

“What that has the effect of doing is creating a false moral equivalence between the United States and China,” Ramaswamy said. “And that actually erodes our greatest geopolitical asset of all, that is not our nuclear arsenal, it is our moral standing on the global stage.”

The Chinese regime has been “rolling out the red carpet” for companies that have criticized injustice in the United States, according to Ramaswamy. For example, he pointed to U.S. online lodging platform Airbnb, which has voiced support for the Black Lives Matter movement.

Ramaswamy argued that Airbnb paid “a dirty bribe” to Beijing when it shared its guest data with Chinese authorities in exchange for being able to do business in China.

In March, more than 190 global campaign groups wrote an open letter to Airbnb CEO Brian Chesky, asking the firm to withdraw its support for the 2022 Winter Olympics in Beijing because of the communist regime’s horrific human rights records.

“Airbnb should not be encouraging a wider tourist industry to be supported and allowed to flourish at the expense of Uyghur and Tibetan rights,” the groups wrote.

Airbnb, which inked a partnership with the International Olympic Committee in 2019, is one of the organization’s 15 leading sponsors.

“The way in which they [China] have turned our own companies into Trojan horses to undermine us from within is the flip side of the modern Battle of Troy,” Ramaswamy said. “They’ve sent the Trojan horse in.”

The modern-day wokeism, which Ramaswamy has characterized as a “culture of self-criticism,” has borne resemblance to old school Chinese communist politics, as well as to former Chinese leader Mao Zedong’s Red Guards, he said.

“This is a time of effectively living in a modern Red Guard revolution in America, except instead of the Chinese Red Guard pushing the philosophy of Marxism, the new Red Guard is pushing it through all of our major institutions. From the private sector to the public, they are pushing this new philosophy of wokeism,” he said. “Someone inside needed to sound the alarm bell.”

Mao instigated the Red Guards, who were Chinese high school and university students, to persecute those identified as “class enemies” of the communist regime, amid the Cultural Revolution that lasted 10 years, until Mao’s death in 1976.

Ramaswamy said “American greatness” would be coming to an end if Americans weren’t able to reverse the trend.

The Epoch Times has reached out to Airbnb, Disney, and the NBA for comment.

Frank Fang is a Taiwan-based journalist. He covers news in China and Taiwan. He holds a Master’s degree in materials science from Tsinghua University in Taiwan.

Jan Jekielek is a Senior Editor with The Epoch Times and host of the show, “American Thought Leaders.” Jan’s career has spanned academia, media, & international human rights work. In 2009 he joined The Epoch Times full time and has served in a variety of roles, including as Website Chief Editor. He is the producer of the award-winning Holocaust documentary film “Finding Manny.”