Mike Lindell of My Pillow fame put together a two-hour video identifying some of the same arguments we have heard for months. However, there was one area of the video that provided definitive proof that the election was hacked and that there was foreign influence. Watch as Mary Fanning explains the effort regarding the tracking of the hacking activity and the votes that were changed.

If you want to watch the full video, go to MikeLindell.com. The video is over two hours in length. The above video captures the key proof that the Dominion machines could be used to change the election.

We normally do not get involved in this type of conjecture but the proof seems pretty overwhelming so watch for yourself to see how the election was hacked.

To watch other videos like this join our FREE membership program by signing up at this link or by clicking on the image below. We add videos every week to help you develop a strong Christian Worldview and to learn more about current issues in our schools, cities, and counties. 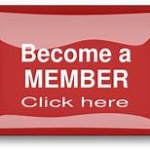